The New Zealand Powerlifting Federation was formed in 1985. It is the governing body for competition in the lifts of the squat, bench press and deadlift. These lifts are typically performed in gyms throughout the country which means that most gym participants are familiar with the sport. The sport of Powerlifting is accessible to anyone of any age, gender and ability.

Since the Federation was formed, New Zealand has had a number of World Champions in the sport of Powerlifting. Derek Pomana, Kathy Millen, Patricia Muldrock, Willie Tau and Maria Brightwater-Wharf just to name a few.  In past years Cathy Millen and Megan-Li Smith held World records and currently Patricia Muldrock, Jackie Buckley-Gray, Gordon Fletcher, and Evie Corrigan hold World records. Two more have joined the group of World record holders and they are Sonia Manaena and Bruce Park.

The Federation adopted the WADA Anti-Doping Code and adapted its policy accordingly. A new athlete acknowledgement form is now in use as part of registration to the Federation. Associations now include a section on drug free sport education their seminars.

Vision of the Organisation

Administrative Documents can be found in PDF format below:
The NZPF Constitution (as at Oct 2019)
Complaints and Discipline Policy (as at Oct 2019)
Coaching and Non-member Participation at National and International events (as at Oct 2019)
NZPF Referee Code of Conduct
Special Olympics
Memorandum of understanding
About The IPF
The International Powerlifting Federation is an international governing body for the sport of powerlifting. The New Zealand Powerlifting Federation is a member of the IPF, and abides by it’s rule books, approved equipment lists, records, standards and anit-doping policies. More can be learnt about the IPF here.

NZPF Life Members and in Memoriam 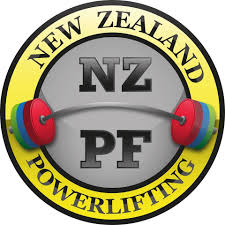